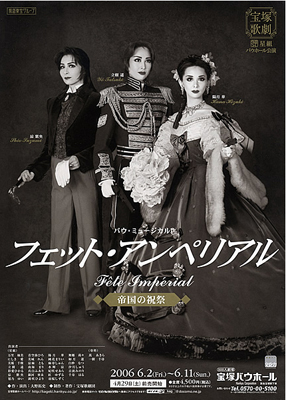 The play begins at a ball, where a girl is terribly worried about her young man, Thomas. She has just learned that he is away on a dangerous spy mission. Vice-Admiral William Walshingham comforts her, and then tells his own story.

William and his friend Robert are drafted by their superiors on a mission to France. They are to work undercover there, as ordered by Vice-Admiral Blancmel. They have other agents that aid them and that they aid, including Neal, Cynthia, Christopher, and Emma. Emma's mission is to become the lover of the Duc du Morny, and William helps her set up the situation at a party by pretending to be an over-amorous lover that she flees from, ending up in the arms of the duc. Emma and William don't get along well, with sparks flying whenever they're in the same room. And Emma hates dancing with him, because he's pretty bad at dancing. Meanwhile, Neal and William don't get along well either, because Neal isn't in a hurry to get his hands dirty playing spy. With time, William falls in love with Emma. He attempts to get her to abandon her mission. Neal has slowly had a change of heart, particularly when he learns that William wasn't raised as a nobleman's son when he was a young boy, instead living alone with his mother. Neal tries to help William and Emma, but eventually Blancmel tracks them down and Emma agrees to carry out her mission, despite William's protests.

William realizes he doesn't know anything about Emma's past, although he has slowly come to learn that she used to be a dancer with her friend Katherine, who now dances at an entertainment spot in Paris. When she reached a certain age, without financial support, Emma was forced to leave the stage. Also, we learn, it has something to do with her father. She had agreed to work for Blancmel for a year, but three years later she is still working for him "just until the war ends".

However, the situation becomes turned on its head when the duc tells Emma he knows her real name and everything about her, including the death of her father the year previously. Emma is shocked by the news, and confronts Blancmel with it. He admits that her father is dead, and goes to attack her when William appears in the nick of time. With help from Neal, Robert, and Christopher, they fight off Blancmel and his man Somerville. Somerville attacks William with a knife, but Emma shoots him in the nick of time. Emma is at last free, but just as Blancmel is lead away Somerville manages to get off a final shot. Emma dies in William's disbelieving arms. He swears never to let agents be mistreated again, and so eventually becomes the man he is today, the leader of intelligence.

As the older William concludes his story, Thomas' companions bring the young man in, and the two lovers are reunited.