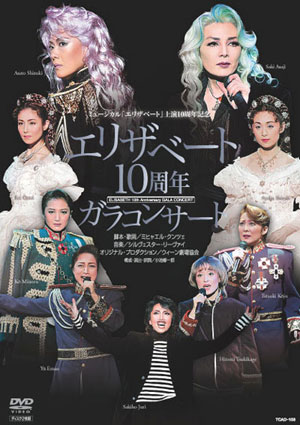 This concert was a special performance of Elisabeth by former Takarasiennes. While most of the actresses reprise their roles from earlier productions, there are several who perform different roles than those they played in their original shows. One of these notable exceptions is Juri Sakiho, who played Rudolph in Tokyo during the Cosmos Troupe production and Franz-Joseph in the Flower Troupe version, but here is heard singing the role of Luigi. Similarly, Naruse Kouki never appeared in the show during her Takarazuka career, yet here sings the role of Elmer.

The sets and choreography are very simple and hand microphones are used throughout.

The DVD includes full versions performed by the first and second casts, and a digest of the special cast.