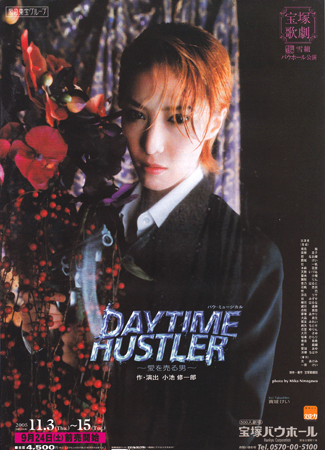 One of the teachers at the school, Laurence, has just self-published a collection of poems. He is organizing a program to help turn around problem children and get them clean from drugs. When he attempts to protest the casino project, one of the city councilman, Heywood, gets him sacked. He and Heywood are childhood friends, but they also competed over the same woman.

When his payment from the publisher runs out, Laurence gets an introduction from one of his former students to the club "Daytime Hustler" and begins working there as a host for a ladies escort service. He quickly becomes the most popular.

At the birthday party for a widowed client, Laurence meets Silvia, Heywood's fiance and the hotel king Adler's daughter. Unexpectedly, she has read Laurence's poems and is interested in the poet. The two grow close. Another of Laurence's customers is Carol, Heywood's lover. One day he gets a call from her, and when he gets there he finds that she has ceased to breath....