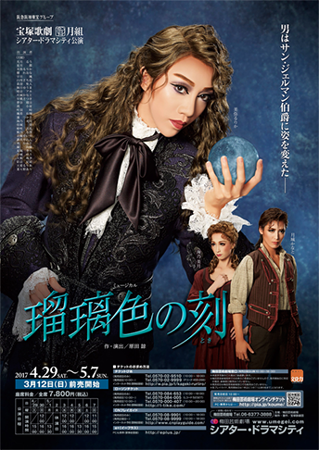 Some people call him an immortal superhuman, while others call him an extraordinary conjurer. An alchemist who has crossed space and time, a matchless prophet, and an unidentifiable adventurer—even today many mysteries remain throughout European history of the Count of St. Germain.

The man who inadvertently became this count of many mysteries, became the darling of the age in the twinkle of an eye. Before he knew it, he had achieved a favored position at the royal palace. However, at last he becomes embroiled in the fate which closes in upon him.... This is a dramatic musical set in 18th century France, about the miraculous life of one man who lived flamboyantly as the "Count of St. Germain."