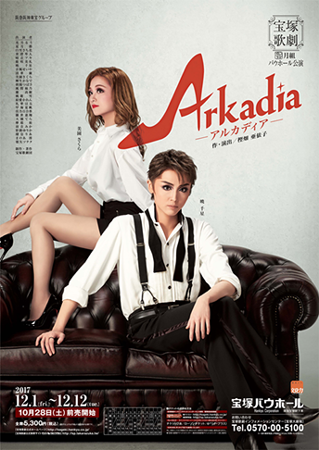 Set in a nightclub filled with a decadent atmosphere, a man who left home at a young age and has lived to grant others' wishes, meets a certain woman and becomes aware of his own wishes for his life.

A young man standing on the roadside for a moment in the rain is invited into the nightclub Arkadia by the dancer Dahlia. The man is called Minette, and it calls to his dreams, but he does not want to live that way and so turns Dahlia down. Having met this straightforward woman, feelings are awoken in Minette for the first time, but he is not able to accept them honestly. While his heart is closed his feelings are unfulfilled, and he tries to deal with them through his dancing. Ironically, his dancing charms many, eventually leading Minette to become the top dancer at Arkadia....