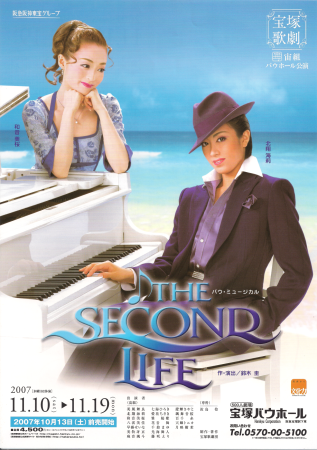 The year 2007, Sicily. The Vincento family is a Mafia clan residing at the eminent Hotel Vincento. They are the safest, most straight-laced Mafia with a motto of anti-violence. One day Don Vincento, who runs the clan, is visited by Luigi and Paolo of the rival Marconi family to discuss joining forces to take control of Sicily. Don, however, bluntly refuses to make deals with the criminal Marconi clan. As the conversation becomes tense, Jake Iron - the most skilled Mafia man - appears, calmly settles the matter at gunpoint and sends Luigi's group away. He reprimands Kelly and the other hot-tempered juniors. Jake is a man who always gives wise judgements and has no faults except for his womanizing ways. Even the Don's daughter Ira, a woman with a strong-willed personality, is infatuated with Jake. Meanwhile Kelly, despite knowing Ira's feelings, has been in love with her for a long time.

That same day, two tourists from America arrive at the Hotel Vincento: Lucia Barton and Kate Miller. One year ago Lucia lost her lover, the pianist Mark White. Lucia has been unable to forget him and spends her days darkened with sadness, so her friend Kate takes her on a vacation to ease her grief. The two are taken aback, however, as they meet the Mafia upon their arrival. Jake immediately sidles up to Lucia and tries his special pick-up lines on her, at which Lucia is clearly uncomfortable. Lucia is prejudiced against the Mafia; she lost Mark because he got caught up in a Mafia conflict, thus she feels that they stole her happiness.

Up in Heaven is Mark, the man who suddenly departed from Lucia; he is consumed by the desire to return to her side. Seeing that she has gone on a journey to forget her sorrows - and him - Mark is unable to suppress his love for Lucia and escapes out of Heaven.

Not long after, Luigi contacts Jake by phone and begs for rescue. Jake finds it absurd that Luigi would ask him and at first disregards the call, but his heart is moved by Luigi's desperation and he heads for the harbor cafe where Luigi is waiting. But everything was a trap set by Luigi, and the woman who Jake meets at the cafe takes a chance when his guard is down to drug him and put him to sleep. Luigi and his men take the sleeping Jake, shoot him in an unknown harbor, abandon his dead body on the seashore and disappear...

Mark has escaped from Heaven and rushed to Lucia's side, but he knows that Lucia cannot see him. At a loss, Mark wonders why he came back if Lucia will not notice him. But Mark discovers Jake's body on the seashore and, amidst his surprise, thinks "if I could enter this body, wouldn't I be able to speak with Lucia...?" Having taken possession of Jake's body, Mark immediately returns to the hotel and confesses to Lucia that despite being in a different form, inside he is Mark. But Lucia is only infuriated at this man, the face of the same Mafia who took the life of her lover, for thoughtlessly trampling on her precious memories.

The Vincento family receives word from Luigi that Jake has been murdered and they are thrown into an uproar. But the Don finds Jake - with Mark's soul inside him - and everyone in the family is delighted that Jake is alive and well. Kelly gradually notices that Jake has changed and begins to worry about him. Eventually Mark catches on to the situation and is shocked to realize that from his former self, he has become a skilled member of the Mafia; a person in a world he can't even imagine. However, God has been observing the events in Heaven and decrees that since Mark has broken the law and gone down to Earth to get a second life, there must be some purpose he has to fulfill. Mark resolves to live in his own way and tries to tell his feelings to his beloved Lucia, but...