Loading...
The Gentle Liar
READ THIS BEFORE EDITING THIS PAGE 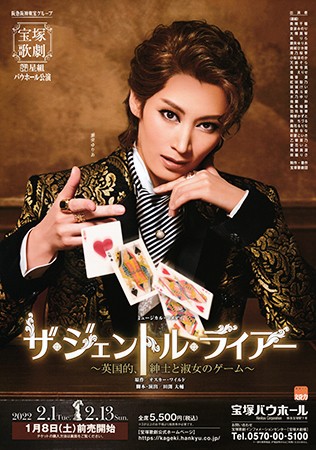 Oscar Wilde's play "An Ideal Husband" is a humorous depiction of a young man who eventually arrives at true love during a brewing scandal involving his best friend, who is considered to be the "ideal husband."

The setting is London at the end of the 19th century. Lord Arthur Goring, a viscount and playboy, attends a party at the residence of his friend, Sir Robert Chiltern. There were three women who had a close relationship with Arthur. Gertrude, with whom he was once secretly in love, is now Robert's "chasteful wife." Robert's courageous sister Mabel, whom he always gets into a fight with when they meet face to face. Another is Mrs. Laura Cheveley, who got close to Arthur because of his fortune, but then broke off the engagement after three days when she found a better prospect.

There was a reason why Laura, now the flower of the social circle in Vienna, returned to her hometown and visited the Chiltern House. She asks Robert, who is renowned as the most noble gentleman in politics, for a "trump card" and a parliamentary speech that will aid her in committing a fraudulent scheme.

"Should I succumb to blackmail to protect my position ... or should I see justice done but lose myself ...?" Robert confesses to Arthur in his distress, and Arthur struggles to help with his predicament. But...