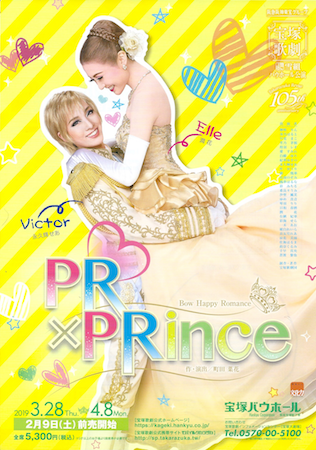 “They have a grand history, but they don’t have any money!” Such is the historic little country Pecchieno.
Their prime minister, after struggling with this problem, has hit on the plan of an immense PR campaign to save the country from its financial difficulties… which is to host a highly publicized national tour featuring the three handsome princes, with the oldest prince, the protagonist, at their head, as well as holding a banquet to find wealthy heiresses for the princess to marry.

Although the first prince is extremely attractive, due to a certain situation he has been hiding this. However, in order to save his country, he’ll put his beauty to use in this grand PR strategy!!

Set in a fictional country, this heartwarming musical comedy tells the love story of the prince as he struggles to save his country.