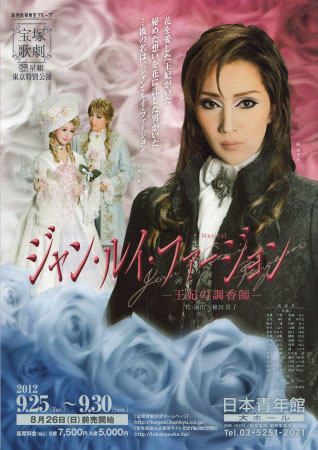 Set in France around the time of the Revolution, Jean-Louis Fargeon was a real man who won Queen Marie-Antoinette's heart as the royal purveyor of perfume. This musical tells the story of his stormy life. Despite the friendships he forms with the royalty and aristocracy in the French court of this overwrought Rococo Period, Jean-Louis cannot throw aside the belief that "all men are created equal" from the progressive school of thought that he was raised with. Although the social situation at the time is sympathetic to abolishing the monarchy, Jean-Louis comes to embrace a secret passion for the queen he knows, who innocently admires flowers. At the mercy of the waves of greater history, the footsteps of revolution draw nearer to him as he stands between his personal ideals and forbidden love.....