Loading...
Beata Beatrix
READ THIS BEFORE EDITING THIS PAGE 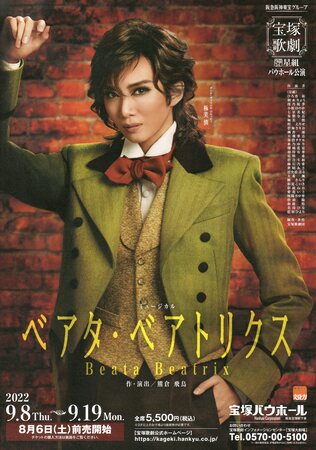 England in the middle of the 19th century. Rossetti, a painting student at the Royal Academy, works with Everett, a child prodigy at the academy, and Will, a classmate, under the name of Pre-Raphaelite Brotherhood in order to break through the old view of art. Rossetti, who worships the poet Dante and seeks the ideal woman "Beatrice" in the book "Newborn," falls in love with Lizzie, who works at a hat shop, and begins to paint her.

Their activities begin to take off despite the academy's backlash, but Everett's masterpiece "Ophelia", modeled after Lizzie, causes the gears to turn. Rossetti believed that Lizzie was "Beatrice" for himself, but he was jealous of Everett who drew her figure with overwhelming drawing power, and a groove was created in his relationship with Lizzie.

At one point, Rossetti was fascinated by actress Jane in the playhouse and asked her to model. The high praise of the painting made Rossetti gradually engrossed in Jane.

A challenging musical work that depicts the love-hate swirling human pattern until his masterpiece "Beata Beatrix" was created, approaching the human-like turbulent life of Rossetti, a painter and poet. The following work will also be director Kumakura Asuka's Takarazuka Bow Hall debut work.