Loading...
Che Guevara
READ THIS BEFORE EDITING THIS PAGE 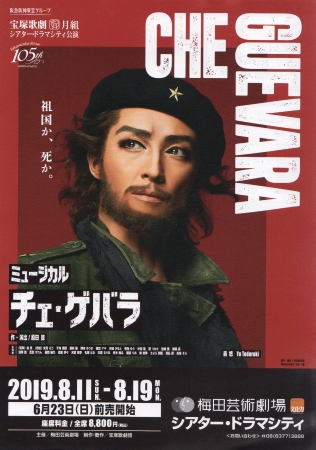 The man Sartre called "the most complete human being of our age": Ernest Guevara ("Che" Guevara). He chose to be a fighter for his entire lifetime, with a will as strong as steel, and a blazing passion, he is a revolutionary of which countless legends remain, a man who kept his love of humanity. More than 50 years after his death, his indomitable spirit and high ideals still have not faded. His friendship with Fidel Castro, his love for his wife Aleida, the friction with other revolutionaries――A dramatic and striking musical of interwoven personalities and strong wills.